Vitamin D Deficiency and Its Link to Chronic Widespread Pain 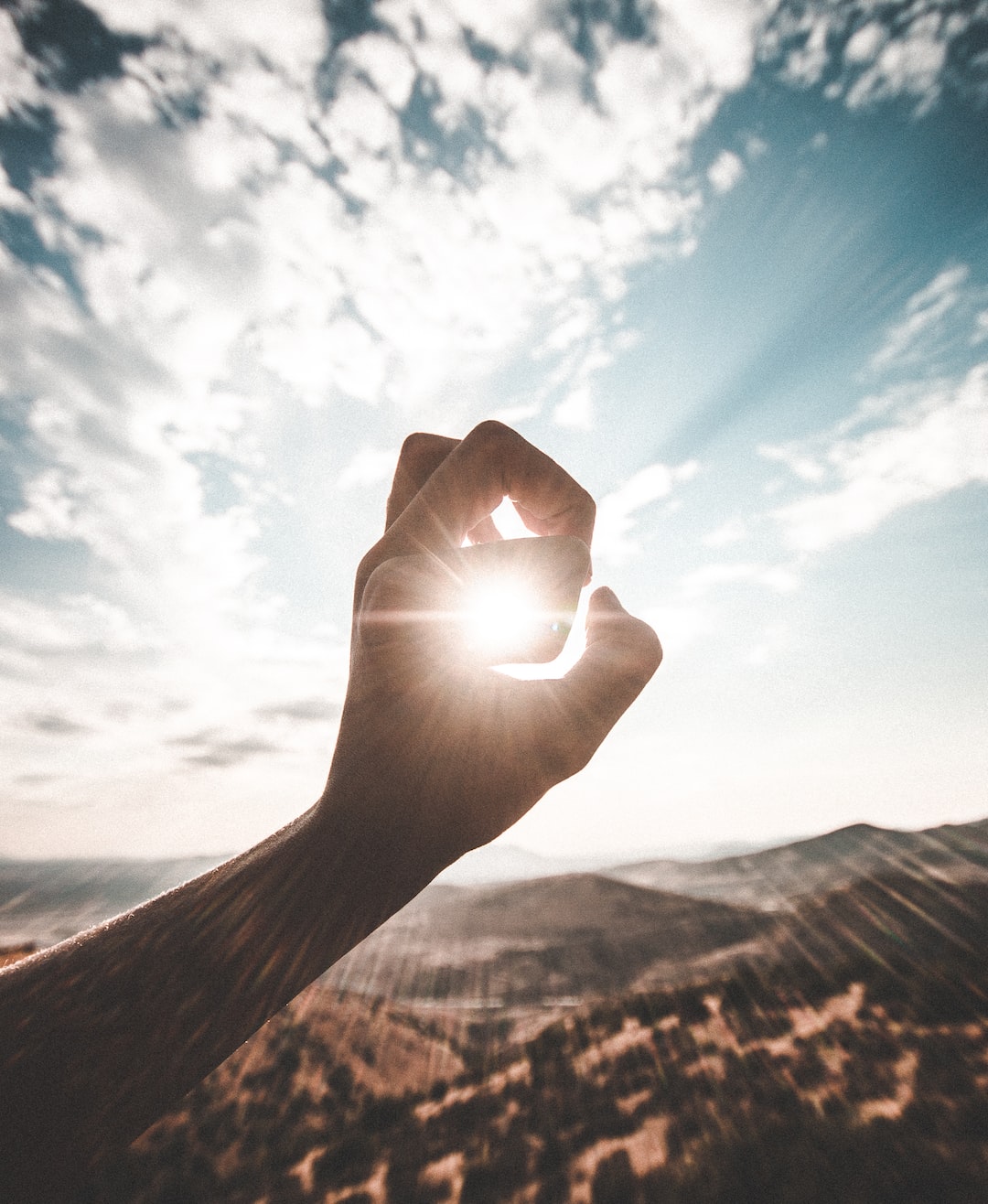 Photo by Daoudi Aissa on Unsplash

Chronic pain has the potential to affect every area of your life. Imagine you have consistent lower back pain, an aching stiffness that slows down your movements and inhibits you from going out with friends, playing with your children or grandchildren, or even keeps you home from work some, or even many days. You take precious vacation time just to lie around on the couch, applying gobs of topical analgesics, stretching as best as you can, but mostly just trying to will the pain away...

Pretend this has been going on for years. Some days are better than others, but no matter what you do, it keeps coming back. You get adjusted, you get a massage, you’ve even tried physical therapy and cortisone injections. The adjustment and massage help for a moment, then it comes back. Your PT says you have to exercise, but the process of exercising hurts. The first cortisone injection helped for a while, but the second one didn’t do nearly what the first one did.

This is the struggle people with chronic pain face. They face most days with an aching somewhere in their body that’s so consistent, it becomes inexplicable over time. They find the things that help for a moment so they can get through what they need to do and then find their way back to a resting state, not living their lives the way they had hoped.

As a massage therapist, clients ask me regularly what is causing their pain. I do the best of my ability to dig into my years of study and give them the best, most educated explanation possible, although sometimes their pain is not directly correlated to any obvious injury, posture, holding pattern, muscle issue, or anything that I am trained to fix. Lately, with all the hype over vitamin D and the lack thereof affecting people’s response to COVID-19 (7), I came across some research that correlated widespread chronic pain to a vitamin D deficiency.

Vitamin D, the fat-soluble vitamin your body produces when your skin is exposed to sunlight, often runs low particularly for those in cold climates during winter months, people who live in cloudy areas, and even those with milk allergies and on strict vegan diets. Experts believe the insufficiency of vitamin D affects nearly half the population, while straight-up deficiency affects as many as 1 billion people worldwide (8).

I have been supplementing vitamin D during the winter months since my Colorado days years ago. I found out via my boss one day who'd heard from her doctor that the deficiency is extra rampant in Colorado, as many people think that by living in America’s “sunniest state,” means you automatically had a reserve tank of vitamin D just by existing there.

Turns out, that’s not the case. In order to fully synthesize vitamin D, your skin, uncovered by clothes and SPF, needs to be exposed to sunlight for at least a few minutes, roughly for a quarter of the time that it would take you to burn. When you’re skiing with all but the tip of your nose covered, you’re not actually getting much vitamin D. People who live in northern, cold climates have a tendency to be at risk for a deficiency, as well as older people, those with darker skin tones, and even those who live in climates so hot, you find yourself indoors more often (6).

So what exactly happens when you’re deficient in vitamin D? A few common side-effects include getting sick more often, as vitamin D is beneficial for the immune system, as well as fatigue, tiredness, impaired wound healing, and even depression and bone loss (9). The effects on the immune system seem to be the big one, as many people take vitamin D to reduce their chances of illness in the winter. With talk about those with severe COVID-19 being deficient in vitamin D, it seems to be flying off the shelves quicker than your typical winter.

In addition to suppressed immunity and low energy, vitamin D deficiency has been correlated to chronic widespread pain in multiple studies across the world. Many healthcare practitioners should know by now that treating pain needs a multi-faceted approach, but if you’ve been suffering from chronic back pain for years, there’s a chance it can be helped by supplementing your vitamin D (with the guidance of a doctor or dietician, of course).

A different study looked at vitamin D deficiency and its role in muscular atrophy, or when your muscles actually begin to lose mass and shrink. The study involved people with chronic lower back pain and actually looked specifically into the function of the multifidi and paraspinal muscles. Multifidi are the tiny muscles that interconnect each vertebra, and the paraspinals are the long, skinny muscles that go from your neck to your pelvis and support your entire spinal column. All the patients in this study qualified for lumbar fusion surgery.

They found vitamin D deficiency was associated with more oxidative stress, atrophy, or shrinking, in the multifidi and paraspinal muscles, as well as reduced mitochondrial function in the muscles, or when the cells of your muscles create and store energy (3).

They also concluded from this study that patients with chronic lower back pain and vitamin D deficiency were also less likely to have an early and effective rehabilitation post-surgery.

Among the many studies that have correlated vitamin D deficiency to chronic pain, other studies went as far as to test if supplementing vitamin D would have a noticeable effect on the participants. One study tested if supplementing vitamin D at varying levels could actually prevent falls in older individuals, and the results were astonishing. Here, they gave their test subjects three varying degrees of vitamin D supplements, including a group receiving a high dose (700–1000IUs per day) and some who received lower doses of less than 700 IU’s/day. They found those receiving higher doses reduced the risk of falling by 19%. Those that received a lower dose didn’t have a reduced risk of falling (4).

Other studies have concluded that vitamin D supplementation in those that are deficient can improve sleep quality and duration, a decrease in overall bodily pain, vitality, general health, and social functioning (5).

This is amazing stuff, right? A miracle drug brought down from our planet’s own sun, subconsciously synthesized by your own skin without any extra effort on your part. If it’s that easy to obtain, why are so many people deficient, and what can you do about it? I’ve known for years to supplement vitamin D in the wintertime, as the sun sits low in the sky, often hidden behind veils of overcast day in and day out, and the air hurts my skin too much to go out uncovered for too long. Typically starting sometime in October through mid-April, I take about 1,000–2,000 IU’s of vitamin D per day. That’s just me.

If you are deficient in vitamin D, consult with a dietician or physician about exactly how to replenish your diminished supply. The amount they give you will all depend on your specific case, including how deficient you are, your age, and other conditions. If you are experiencing chronic widespread pain and want to up your vitamin D to see if it will help with that, also talk to your doctor about this to see what kind of dose would be right for you.

If you want to start somewhere, here are three tips on getting more vitamin D...

Step into the Sunlight

This is the obvious one, as we talked about before, and how much you need depends on many variables. People with darker skin tones may need more time in the sun to synthesize vitamin D than light-skinned people, as there is more melanin in darker skin tones, a compound that inhibits vitamin D production. The closer you live to the equator, the more vitamin D you produce year-round, as well.

Covering your skin with clothing or SPF can partially or fully inhibit vitamin D production, although it’s also very important to prevent your skin from burning. Vitamin D produced from sunlight has the potential to circulate your body twice as long as vitamin D from food or other sources, so just a few minutes of unprotected exposure to the sun may be sufficient to produce what you need without burning (8).

As I said, I only take vitamin D supplements from October through April, as I’m a child of the outdoors and spend a lot of time outside in the warmer months. Recommended dosage varies depending on whom you talk to. The U.S. National Academy of Medicine recommends 600–800 IU’s per day, while the U.S. Endocrine Society recommends 1,500–2,000 IU’s per day. Some say up to 4,000 may be safe, although I’ll say it again: If you’re coming from a state of deficiency, consult with your health care provider first.

There are many foods that are rich in vitamin D. Although not as effective as pure sunlight, eating more of these foods if you are deficient or living in a winter wonderland could help. Foods that are high in vitamin D include fatty fish such as tuna, herring, and salmon, dairy products including cow’s milk and cheese, and egg yolks. If you are on a vegan diet, orange juice, soy milk, and wild mushrooms are also known to have vitamin D, although you may want to consider supplementing, as well, if this is the case for you.

(5) Physical Medicine and Rehabilitation Geriatrics. “Improvement of Pain, Sleep, and Quality of Life in Chronic… : The Clinical Journal of Pain.” LWW, journals.lww.com/clinicalpain/Abstract/2013/04000/Improvement_of_Pain,_Sleep,_and_Quality_of_Life_in.9.aspx.