Is wild game meat healthier for you and the environment? 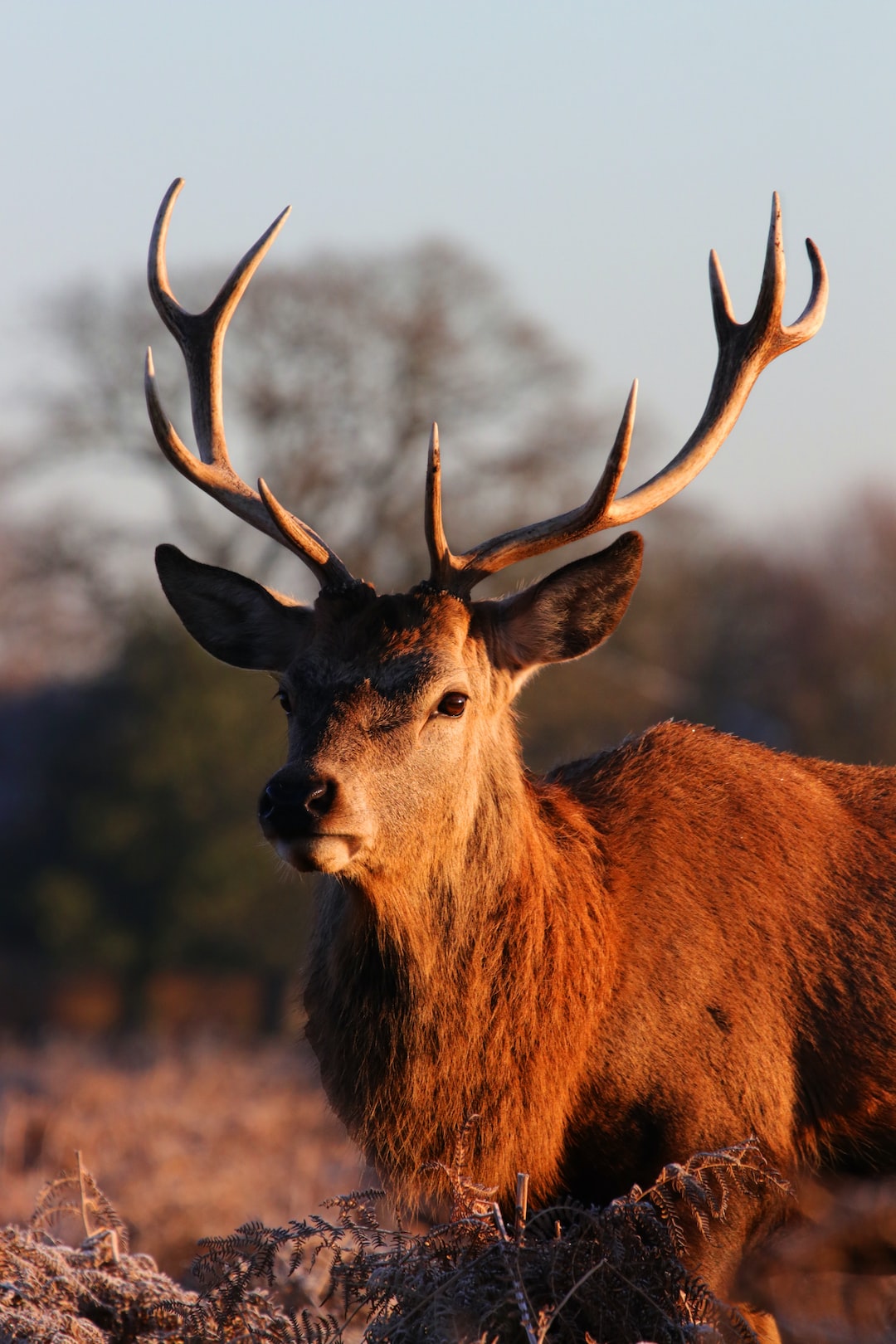 Photo by john Cox on Unsplash

To meat, or not to meat?

There are a lot of valid points on either side, and I’m not here to push one way or another, only to tell you to always listen to your own body and consciousness and do what feels right for you.

When I was a teenager and for a very short while in my early twenties, I tried the vegetarianism thing. As a thirteen-year-old, I didn’t know heads from tails about nutrition and opted to pick the pepperoni off pizza to “make it vegetarian” (but in reality, I wasn’t really honoring that animal’s life).

When I did know more about nutrition and tried it again, I still found myself going through periods of hunger when I should have been full, and persistent feelings of sluggishness and fatigue. Especially once that time of the month came, I found myself craving a bloody steak. These feelings spoke to me, telling me that my physical body wasn’t really cut out for strict vegetarianism and I needed to find a way to eat meat that was more in line with my consciousness.

Evolutionarily speaking, humans haven’t quite evolved to be able to sustain a totally meatless diet. While it absolutely can be done, vegans still have to supplement things like Vitamin B6, iron, and other vitamins, and while it’s really awesome that we do have those sorts of options today, I personally prefer getting my protein and nutrients from healthy, sustainably raised, or wild-caught meat and not having to consistently rely on a machine-pressed pill. Vitamins to supplement if you’re vegan: ​​

This brings me to the entire point of writing this post: The health benefits of eating wild game meat. Is venison healthier for you (or the planet) than beef? Let’s find out...

If you’re fortunate enough to have a hunter in your life, you may have had the opportunity to eat real, wild-caught venison. Or if you follow Danielle Prewett on Instagram, you can find mouth-watering pictures and recipes for wild-caught came from all over North America. Unfortunately for the U.S., retail distribution of wild-caught game is illegal, so in order to get the real deal, you’ve literally got to go hunt it down yourself, or schmooze somebody in your life to go out into the woods and get it for you (whoever said life on earth was supposed to be easy, anyway?).

If you are considering hunting or if you’ve got meat from a hunter friend of yours, here are some benefits of replacing the meat in your diet with a freezer full of wild-caught game...

Animals in the wild are generally more active and typically only eat their natural diets. This leads to an overall lower fat content and lower cholesterol in their meat. Domesticated livestock are often fed a diet of corn and grain, which can also lead to their meat containing a higher amount of omega-6 fatty acids. These fatty acids increase markers of inflammation in the body, which have been linked to inflammatory conditions such as diabetes, cancer, obesity, and rheumatoid arthritis.

On the contrary, the wild game contains higher levels of omega-3 fatty acids, which are those awesome fatty acids that you get from fish and that everybody wants these days. Your body can’t actually make omega-3 fatty acids on its own, so you’ve got to get it from your food sources. Research shows that they help with cardiovascular and circulatory health, and can help decrease the risk of death if you have, say, cardiovascular disease.

No antibiotics or other pharmaceuticals.

Deer in the wild don’t have to be given antibiotics or any other synthetic medications, just the natural plant medicines their instincts tell them to munch on in the forest. So if you eat wild game, you don’t have to worry about all those meds contributing to antibiotic resistance and the formation of superbugs.

They’re also not given other controversial things like progesterone, synthetic testosterone, estrogen, penicillin, amoxicillin… (mostly antibiotics and growth hormones, which are still used and mostly approved by the FDA…)

Animals that are raised in factory farms and not fed their natural diets are more susceptible to disease and sickness (just like humans who feed themselves mostly highly processed foods are statistically sicker than people who eat more natural, wholesome diets).

Then, this livestock is processed in plants where disease also spreads easily. Organic meat is often processed in the same plants as conventional meat, making those cuts just as susceptible to disease during this part of the process.

Consolidation of slaughterhouses also means there are only about 800 that process all the meat for the entire country (and 50 of these do about 98% of slaughtering for the entire country and then some), which is much less than it was 50 years ago. This means if disease spreads through one of these slaughterhouses, it will spread farther and wider and affect way more people than if slaughterhouses operated on a much smaller scale, or if you are able to process your own game in your own kitchen (learn how to do this properly and safely first, of course).

The animal lived a happy life.

If I was ever unfortunate enough to eat a Mcdonald's cheeseburger in recent years, I would say, “I can taste the misery.” It’s so true. When animals are raised for livestock, they’re shoved into small, constricted spaces, often piled on top of one another, not treated well, and certainly not treated with the respect that they deserve for giving their lives in order to sustain ours.

A wild animal lived a happy life, frolicking through the forests and fields, eating what it wanted, going where it wanted, and not confined to a fenced-in area or pen of misery. You can truly taste the happiness, and will probably never want to go back to eating factory-farmed meat again (I didn’t, anyway, and I can proudly say I haven’t eaten fast food meat in years, thankfully).

Hunting contributes a lot to conservation efforts that help the planet.

Wildlife managers monitor populations of animals that are commonly hunted, including birth and death rates and the conditions of their habitats, so that they can accurately set limits for each season. These organizations and the hunting community at large tend to be preservationists, as they know that if the deer’s habitat is diminished, there will be no more deer hunting. It’s only right to hunt a healthy, thriving population and do everything in your power to keep it that way so that the next generations can partake as well.

Fish and game state agencies provide around $5.6 billion a year to conservation efforts across the country through money from permits, fees, and donations. These public lands are also used for other activities like hiking, camping, and backpacking that everybody in the community can benefit from. Here in Minnesota, you can forage in publicly owned Wildlife Management Areas (WMAs), and eating fresh morels in the springtime offers a whole new slew of health benefits, too! (I’ll write that post in the springtime).

Yes, overhunting was once a thing in the U.S., and sadly still is in parts of the world. In the 1800s, there were very few laws to protect habitats, and animals were grossly overhunted. Many species like bison, whitetail deer, wood ducks, and turkeys were pushed to the brink of extinction...

In the 1890s, middle-class sportsmen began advocating for conservation efforts, recognizing the detriment of what was happening and desperately wanting to preserve the art of the hunt for future generations. So into the 20th century, a series of conservation laws were passed which eventually became known as the North American Model for Wildlife Conservation.

This model is based on these principles…

Throughout the 20th century, many wildlife species were completely revitalized. Check out this article for more, but for example, the whitetail deer population was estimated to be at 500,000 in the year 1900, and today, there are about 32 million in the country!

While these conservation efforts can help restore endangered species, overpopulation is also a detriment to the balance of our environments. Without sufficient natural predators, increased urban development, decrease in hunting, and loss of ideal habitat, deer populations outgrow their habitats and wander into cities and urban areas. Hunting is one way that has been historically proven to help manage wildlife populations in a way that is healthy for the environment and provides your body with healthy, lean, mineral-rich meat.

If your freezer is full of venison, you also have to buy less store-bought meat and therefore contribute fewer dollars to the destructive cycle of factory-farmed livestock.

The best benefit here is that it is affordable. Tags are relatively cheap, varying by the type of tag and area that you hunt in. My husband and I spent somewhere around $60 total last year to get four deer. While the initial investment of head-to-toe camo and a rifle or bow could be a lot, depending on how fancy you want to get, these are the sorts of things you can absolutely buy second-hand. If you don’t have a father-in-law with a back forty you can use, each state has its own publicly-owned wildlife areas that anybody can hunt on. (Just check with your local rules and regs to make sure you’re legit).

While at the moment, it’s just my husband and me in our house, we’ve been fortunate enough to end up with an abundance of meat to give away to family and friends, as well. I’m also into using as much of the animal as I can, each year learning new skills to do so (I love making broth from the bones, and this year, I made deer tarrow candles out of the fat!)

If you told thirteen-year-old-vegetarian me that one day I would get into deer hunting, I would have crumbled over and died. Well, maybe not quite.

Wild game is delicious and healthy, providing minerals that factory-farmed meat does not and creating less of a footprint on the environment than their farmed counterparts. Historically, hunters have created conservation efforts that have revitalized forests and brought back animal populations from the brink of extinction, always keeping those next generations in mind.

There’s something magical about crawling up into a tree before sunrise, sitting in absolute silence as the world around you slowly wakens on a cold late-autumn morning, listening to the critters run across the forest floor, dead leaves crackling beneath their feet, and quietly watching your breath rise in front of you with the sun.

It's a meditation, really; you have to be absolutely in the moment. You can’t think too hard about the deer, because they’re intuitive as nature is, and they’ll sense your desperation. You also can’t be thinking about all the things you have to do on Monday, because you’ll miss your shot and get flustered enough to scare it off when it finally comes along. You have to become one with the tree beneath you, the forest around you, sitting in patient silence so you can strike quickly before that deer even knows what hit him. It's enthralling, but it’s also sad in a way. But it’s also life, and nature can be simultaneously brutal but beautiful. 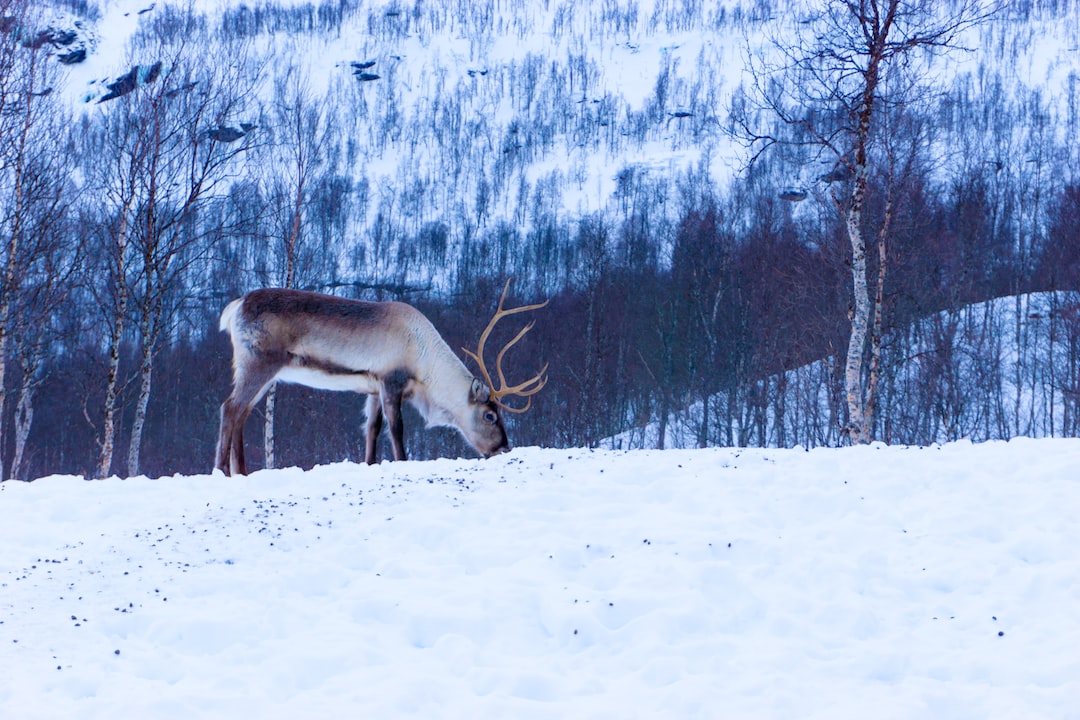 Photo by Warren Sammut on Unsplash