Massage and Detoxification: From The Myths To The Facts 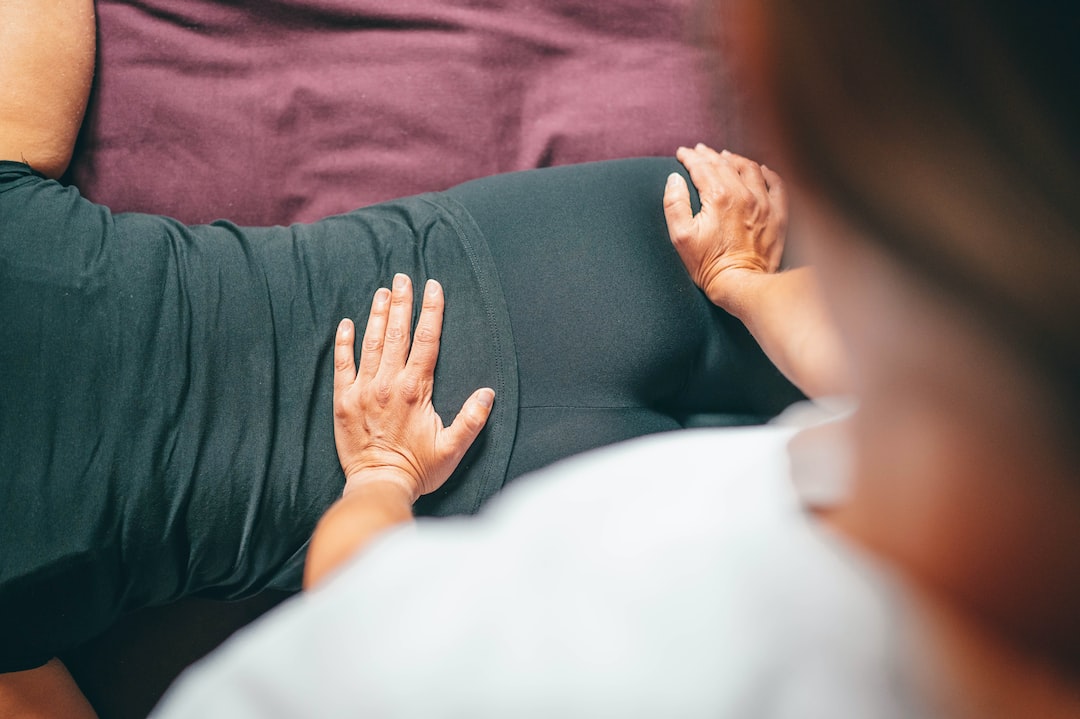 Photo by Conscious Design on Unsplash

When I first started out as a massage therapist, I kept hearing all my colleagues touting the detoxifying benefits of massage therapy...

I jumped on the bandwagon, reiterating the talking points I heard other therapists say about lactic acid and how it builds up in your muscle tissues, then manually squeezing and rubbing your muscles gets all those icky toxins out. Then, after the massage, you may feel a little sick because of said toxins, so drink a bunch of water and that will help.

At the time, I was still trying to retain my grip on anatomy and physiology, so didn't dig much into these claims for a while and assumed all my colleagues knew what they were talking about.

At some point down the road, I heard rebuttals to this argument, that massage does not detoxify you, and the lactic acid thing was total bullshit.

I've spent some time researching this claim, and have come to the conclusion that while general massage doesn't detoxify you in the way many therapists claim that it does, there are certain modalities, like lymphatic drainage, that can help your body with its natural detoxification processes.

Overall, it's just a loaded statement.

The word "toxins" gets thrown around pretty liberally when it comes to holistic health, but I’d be willing to bet a lot of people trying to sell you a detoxifying massage can’t really tell you exactly what toxins they’re trying to rid your body of (unless they specialize in lymphatic drainage, or they might throw out that lactic acid thing again).

A toxin is, by definition, a poison created by a natural source.

Snake venom is a toxin. Lead is a toxin. Formaldehyde, mercury, and asbestos are all toxins.

But if you get bitten by a poisonous snake, or wind up with lead poisoning, you probably aren’t going to call your local massage therapist.

Toxins can also include things like aluminum, calcium, phosphorus, potassium, and zinc, which are all natural, integral components of your cells, but when there is an excess of one mineral, it can be harmful to the body.

More commonly, toxins formed by bacteria are what the human body deals with, either exotoxins, or toxins released by the bacteria, or endotoxins, which are toxins released by that bacteria being destroyed. These can be transported by the bloodstream throughout the body and cause issues such as diarrhea, nausea, vomiting, headaches, or changes in respiration.

Generally, toxins are eliminated through the colon, liver, kidneys, and sweat glands, and others, including bacteria, are eliminated by the lymphatic system.

Research has shown that massage creates enough pressure to move lymphatic fluid through the body, either through general techniques like effleurage or through specified lymphatic drainage techniques.

Certain health conditions, such as lymphedema, can cause the lymphatic fluid to build up in the arms and legs, and lymphatic massage, done as a part of decongestive lymphatic therapy, can improve the circulation of this fluid and reduce swelling. Conditions associated with toxicity including fatigue, autoimmune disorders, migraines, joint pain, digestive disorders, arthritic problems, and psychiatric disorders such as depression can benefit from the effects of massage, some more specifically from lymphatic drainage massage.

Some studies are also showing that massage can help with detoxification processes such as alcohol withdrawal. Withdrawal from alcohol can be very unpleasant, and in some cases, fatal. This study showed that those who received massage as a part of treatment scored better than the control group on the Alcohol Withdrawal Scale in the early stages of the detoxification process.

What it is that makes you sick after a massage.

When you get a therapeutic massage, or deep tissue, or sports massage, or whatever title you’d like to put on it, you are literally damaging your muscles and mildly poisoning yourself.

When a massage therapist digs into your muscles, to break up adhesions, release sore spots, and stretch and pull your muscles apart from one another, small amounts of damage are being done. Trigger points, or small hyperirritable spots in the muscle tissue likely defined by a small adhesion, are broken up, returning circulation to the area so that the muscle can heal itself properly.

After that small amount of constructive damage is done, your body creates a by-product, most likely myoglobin molecules, that then go into your blood to be processed by your kidneys.

Don’t freak out though. Myoglobin molecules are also produced with any damage to muscle tissue, including the bruise you might get if you bang your shin into the nightstand.

And that sick feeling you get afterward? That’s called Post-Massage Soreness and Malaise, or PMSM. It can happen from the lymphatic fluid circulating after being gunked up, or from your kidneys working harder to filter out that myoglobin molecule, or in some extreme but very rare cases, it could be Rhabdomyolsis, a serious condition that arises from muscle injury and could possibly lead to kidney failure or death. (But don't worry, that is very, very rare).

More on that lactic acid thing…

You know when you’re out on a run, and you get to that last 100 yards and decide to sprint it? Then there’s an intense burning sensation that courses through your ankles and calves, up to your quads, and into your hips?

That burning sensation is lactic acid, and it dissipates about as fast as it came on through a process called the Cori Cycle.

When your muscles are working, they run on an energy source called ATP. Your body converts glucose (from food) into pyruvic acid, which is turned into ATP using oxygen.

When you are getting towards the end of your sprint, oxygen suddenly becomes limited as you are frantically panting to catch your breath mid-stride.

Without that abundant supply of oxygen, your body takes that pyruvic acid and turns it into lactic acid instead.

Your muscles feel like fire is coursing through them, which is empowering for a moment or two, but in reality, it’s your body’s way of telling you that it’s about ready to be done. If you try to power through it for too long, your muscles will cramp and make you stop.

As that fire dies down, the lactic acid in your system dissipates into the bloodstream where it is sent back to the liver, which turns it back into pyruvic acid, then back into glucose, where it can be recycled.

Within an hour, all that lactic acid has been dissolved from your system, thanks to your liver (and you didn’t even need my magical hands to help).

Lactic Acidosis, however, is the condition where your body either overproduces or underutilizes lactic acid, and it actually does build up in your bloodstream. This causes your blood to become very acidic, as well as residual issues with the liver and kidneys. Lactic acidosis is a medical emergency and if you have any of the symptoms of it, including jaundice, trouble breathing, confusion, exhaustion, extreme fatigue, weakness, or rapid heart rate, you should call 911 (not your massage therapist).

And now for the water thing…

Another piece of advice that cycles around with the detox thing is that drinking a lot of water post-massage will help you reap the benefits of your massage even harder, or perhaps make you feel better if you get a little nauseated afterward, perhaps by moving those toxins through you a little faster.

When clients ask me about drinking water, I’m probably never going to answer no. Your muscles are made up of 79% water, so why would I tell you not to? Besides, it's thought that most of the population is chronically dehydrated anyway, so YES, drink all the water, I say.

Whether or not it helps you out after a massage is up for debate, and I hear reputable therapists arguing for both sides.

However, your kidneys will filter out that myoglobin molecule that busting up those knots created whether or not you’re drinking extra water. Water does, however, help your kidneys remove waste from your body faster in the form of urine, so if you are prone to getting nauseated after massage, this may help them work more efficiently.

They lymphatic system is also made up of 96% water, so even mild dehydration can have an effect on your body's natural sewer system. Lymphatic fluid rids the body of the toxins it fights through urine, so hydrating after a lymphatic drainage massage can help your body out with this process immensely.

You are likely going to get more out of your massage if you focus on hydrating yourself before you come in. I don’t mean pound a liter of agua as you’re walking in the door, because then you’ll probably have to pee it out about 20 minutes in, and that will disrupt the whole relaxation aspect of the massage.

Just focus on drinking as much water as your body needs throughout the day, every day, keeping yourself consistently hydrated, and you’ll get what you need.

The concept of detoxification and massage has been established, debunked, and re-evaluated quite a bit, and it all comes down to whom you talk to. There are certain modalities that do help your body's natural detoxification processes, like lymphatic drainage, but others that are more likely temporarily creating some toxins, like deep tissue.

Overall, the statement is pretty loaded, and does need more research and evaluation. It's also up to professionals such as myself to educate ourselves on the information that is out there and the research that is being done in order to give our clients the best, most accurate, and most current information possible.