Increase Your NEAT to Help You Naturally Achieve Your Weight Loss Goals (Non-Exercise Activity Thermogenesis, that is) 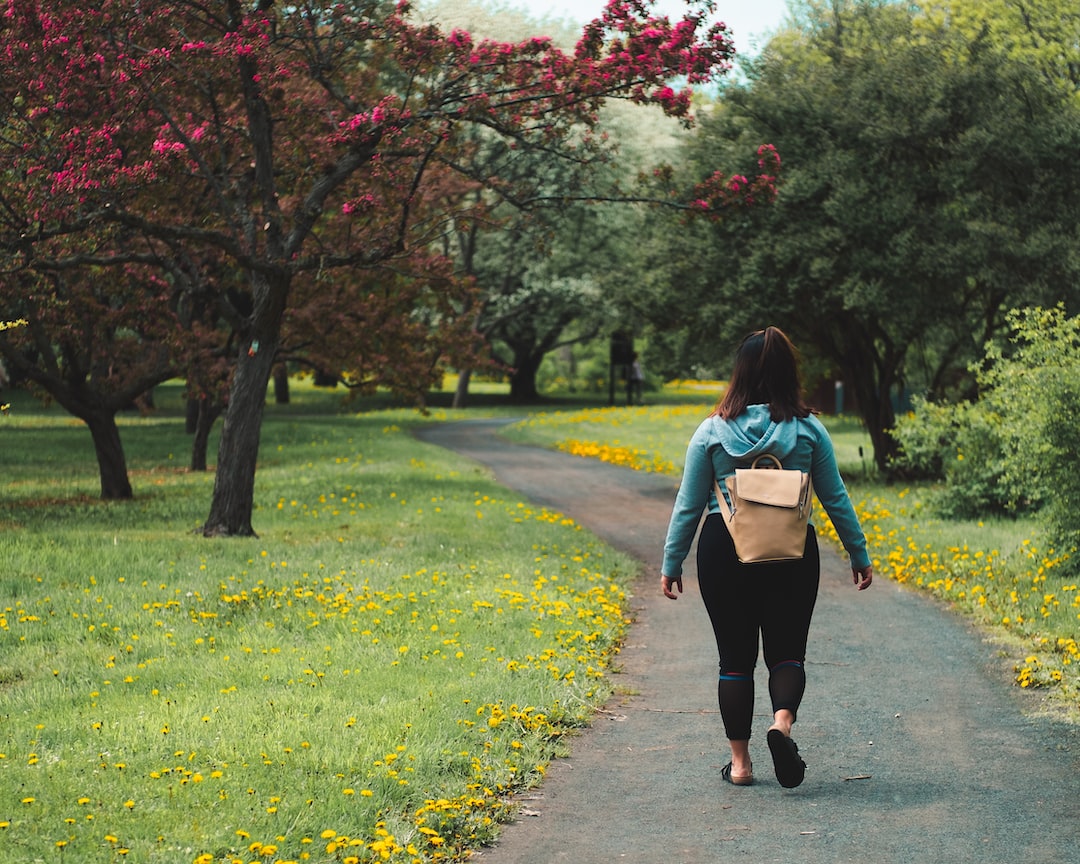 Photo by Jeffrey Grospe on Unsplash

It is true that all the calories we eat don’t go towards our hours spent at the gym. Everything from twiddling our thumbs to mentally processing the trials and tribulations of life in today’s world takes energy, burning the precious calories that we consume so that we can function as human beings.

NEAT, or non-exercise activity thermogenesis, is the energy we use on a daily basis that isn’t through exercise, and it’s a very important part of our daily energy expenditure. NEAT encompasses everything that isn’t eating, sleeping, or sports-like activity. Walking, sitting upright, moving about your home or office, fidgeting, even doing art is considered NEAT (in more ways than one).

This difference is massive, however. Highly active people expend around three times as much energy as inactive people, and for two adults of similar size, the difference can add up to around 2,000 kcal per day (1). Higher NEAT is associated with lower rates of metabolic syndrome, cardiovascular issues, and all-cause mortality, according to the Mayo Clinic (2).

NEAT and the obesity epidemic.

First off, I’ll say how our society has handled the obesity epidemic is atrocious. Fat-shaming and guilting people into losing weight by whatever means necessary has only burdened the issue without solving it. Weight-gain is a multi-faceted issue. There is an urgency, however, to understand all of the reasons why humans are gaining weight and what we can do about it, due to the negative impacts it has on health as well as the economic costs and mortality issues associated with obesity.

Traditionally, people who are overweight are recommended to exercise a couple of times a week vigorously but NEAT is generally not taken into consideration. Most people who dwell on Earth don’t “exercise” the way we traditionally think about it, and although the epidemic of obesity has made its way from the US to Europe and is seeping into non-industrialized nations, not every country has the same foundational issues that we have in the US.

We’ll often think to blame overeating or poor nutritional quality on weight gain. Basic science tells us that weight gain happens when energy intake is greater than energy expenditure over a long period of time. With the increase in portion sizes, fast food joints, restaurant-sized meals, and empty-calorie junk food constantly in your face, you would think there is a direct correlation between this and obesity.

However, in Great Britain, where obesity rates have doubled since the 1980s, average caloric intake has actually declined substantially, suggesting that modern-day inactive lifestyles and energy output plays a huge role in this issue as well.

This study took twelve pairs of twins and overfed them by 1,000 calories per day for about 100 days. The amount of weight each individual gained varied by a fourfold, and it was found that those who increased their NEAT the most during this period gained the least amount of fat.

This makes an interesting correlation that perhaps the rise of sedentary lifestyles and inactivity actually has more to do with pathological weight gain than caloric intake.

Today, half the population of developed countries works behind a computer, whereas 30 years ago, this number was less than 1% (2). In the 80s, activities that required some degree of NEAT now require nothing. Particularly in the last year or so, you can now order your groceries and food from the convenience of your smartphone, so even walking around a grocery store periodically is unnecessary. Books that you’d go to the library to get now can be downloaded onto a tablet with the swipe of your thumb. Kids that once had to go outside and play in the streets for entertainment now gravitate towards video games and other technology-based entertainment.

While a trip to the gym a couple of times a week may be necessary for a lot of us to burn energy, gain muscle, and maintain our mental health, increasing NEAT in daily life may be a missing piece of the puzzle for many people struggling with weight, metabolic issues, low-energy, and other physiological issues related to obesity.

So how exactly do you increase your NEAT if you are used to a sedentary lifestyle?

There are two different approaches to promoting NEAT-enhanced living that experts recognize:

There is no evidence that either way is the correct answer, but both can be taken into consideration in the pursuit of a solution.

It is thought to be very important, however, that you choose your own solution, if low NEAT may be an issue for you. When a doctor just gives someone a generic recommendation, such as you must take the stairs instead of the elevator, the advice is less likely to be adhered to. Giving people freedom to choose is more likely to have positive results, and because NEAT has such a wide spectrum of potential, the sky's the limit, and you can choose what feels FUN and PLEASURABLE to YOU.

Increasing NEAT may take awhile. There won’t be overnight results, like with anything worth obtaining. Focus on taking tiny steps one day at a time, and choosing what you think you can stick with so that you can keep up these new habits in the long run. It’s not a crash diet or a 30-day exercise fix, increasing NEAT is a genuine lifestyle change.

Here are a few recommendations to increase your NEAT, naturally. Some are basic but wide-spread, others are less obvious. Choose what feels right to you, and have fun with it!

Standing desks are all the rage lately. Sales have increased in the last several years as people feel the necessity to not sit all day.

There are desks out there that convert between sit and stand, with a moveable platform that can be raised or lowered depending if you want to sit or stand. I personally recommend these ones. Sitting all day can certainly cause upper back and shoulder pain, not to mention all the issues I already talked about above, but standing all day can cause lower back stiffness as well.

While making the switch from standing to sitting only accounts for maybe an extra 10-calories per hour, standing can increase overall NEAT, and periodically moving your body into different positions can potentially decrease the severity of the aches and pains you may acquire.

I put these two pieces of advice together because they are old and you've probably heard them before. I remember hearing these bits of physical health advice as a kid, and it almost seems painfully obvious. But if your NEAT is low and you’re looking for simple ways to increase it, start with the obvious. Park towards the back of the parking lot and walk that extra bit to the front door. If you just need to go up a flight or two, take the stairs instead of the elevator. Heck, if you need to go up nine flights and are feeling ambitious, take the stairs the whole way! Okay, maybe I’m getting a little crazy here.

Twiddling your thumbs, taking a break from your keyboard to stretch, twirling your hair, shifting positions, standing up and down: All these seemingly small movements all contribute to NEAT, and researchers say the difference can add up.

In a detailed study over these small movements done by the Mayo Clinic, it was found that obese people were a lot less fidgety than their lean counterparts and actually spend up to two hours of each waking day sitting perfectly still. It was estimated in this study that extra fidgeting can add up to an extra 350 calories per day.

Try taking a couple of breaks per hour to stretch out in your chair. If you’re sitting at a bus stop or waiting at a stoplight, twiddle your thumbs or tap your feet. It may seem small and meaningless, but perhaps by muscle memory, if you can train your body to fidget when you have nothing else to do, the subconscious movements may begin to come more easily.

Last summer, I found myself putting on my dusty, unused concert clothes (because it was 2020), and blasting Trevor Hall's new album, and dancing around like I was really at his concert. I might have even cried a little. This actually happened because it was the middle of COVID and I was grieving a lost love: live music and the natural high that dance can bring.

Ok back to NEAT: While your dinner is roasting away in the oven, or if you have a few minutes to yourself, put on your favorite song and dance around your kitchen and living room like no one’s watching. If your kids or dog are watching, then let them watch, or have them join in. My dog never says no to a good kitchen dance party. It’s a couple of minutes out of your day to give your NEAT that boost it needs, and you’ll also get the other benefits of dancing such as stress reduction, increased serotonin and dopamine, and pure, unadulterated joy.

Snowy weather? Screw it. Instead of spending your entire one-hour lunch break lounging in the dining room, eat your food then go on a 20-minute walk instead. Walking can help with digestion, as well, leaving you feeling more energized and less lethargic when you return to your desk afterward.

Can you take an extra 15-minute break in the afternoon? Spend that one walking, too, perhaps around the building or your office. You don’t necessarily have to go outside, just take laps in whatever space you have available.

Even if you pay your way out of commercials as I do, take sporadic breaks to get your butt off the couch and do a couple of squats. They don’t have to be the crazy weight-assisted kind you see people doing at the gym. Just stand and sit a few times, get the blood moving back into your legs and give yourself the little NEAT boost you need.

It doesn’t have to be much - remember, all these small steps added together consistently over time can give you the change your body needs.

Many phones have them these days, or there’s the famous Fitbit. Devices or apps like these track the steps you take throughout the day. Health experts recommend aiming for 10,000, and a lot of them will even give you small, gentle reminders if you’ve been sedentary for too long. If you’re easily distracted by work, flow states, or whatever gets you glued in the same position for so long, these may be a helpful key in increasing your NEAT.

Standing in a crazy line at the bank? Stand up on your toes a few times or step side to side. If you take the subway or bus, opt for standing instead of sitting. Some old lady will be absolutely pleased you gave up your seat for her, so it can be an opportunity to increase NEAT while also proving that chivalry is not dead!