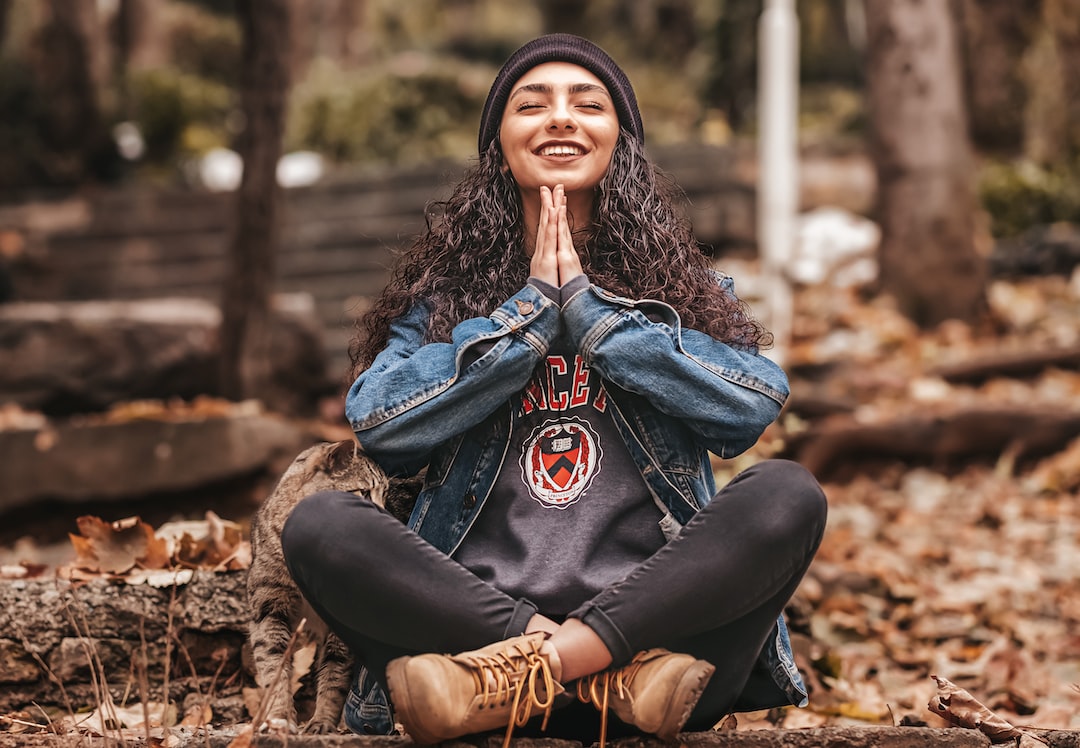 Photo by Omid Armin on Unsplash

“Let’s do an OM together,” my yoga instructor said as we were wrapping up a Vinyasa Flow class, back in my post-collegiate days when yoga, skiing, and hiking were my top (and only) priorities.

This was somewhere around ten years ago when I was first getting into yoga and probably had only meditated a time or two in my life. As the class chanted the mantra in synchronization, I joined in, softer and gentler, as I was still new to the New Age-ness of yoga and still learning what to make of these various traditions.

From yoga classes to meditations, I’ve heard Om chants in different settings, and I’ve learned to belt out my own meditation mantras with no regard to volume as I once did as a novice yogi.

When you really let out a good om, you can feel the vibrations originate in your throat, spreading out towards your ears, downwards into your heart space, and up throughout your head. Do it two or three times, or more, and you feel the serene silence and arcadian sense of peace that follows.

If you are a meditator, chanting a mantra can help center you, ground you, and help ease you into the peaceful, empty space that is meditation.

What is “om” though (also sometimes written “AUM” to enunciate all the sounds involved)? Where does it come from? Also, did you know there are actually scientific studies that have measured the physiological and biological effects that chanting “om” has on your body? And yes! They exist! Chanting “om” is shown to actually create measurable changes inside of you. 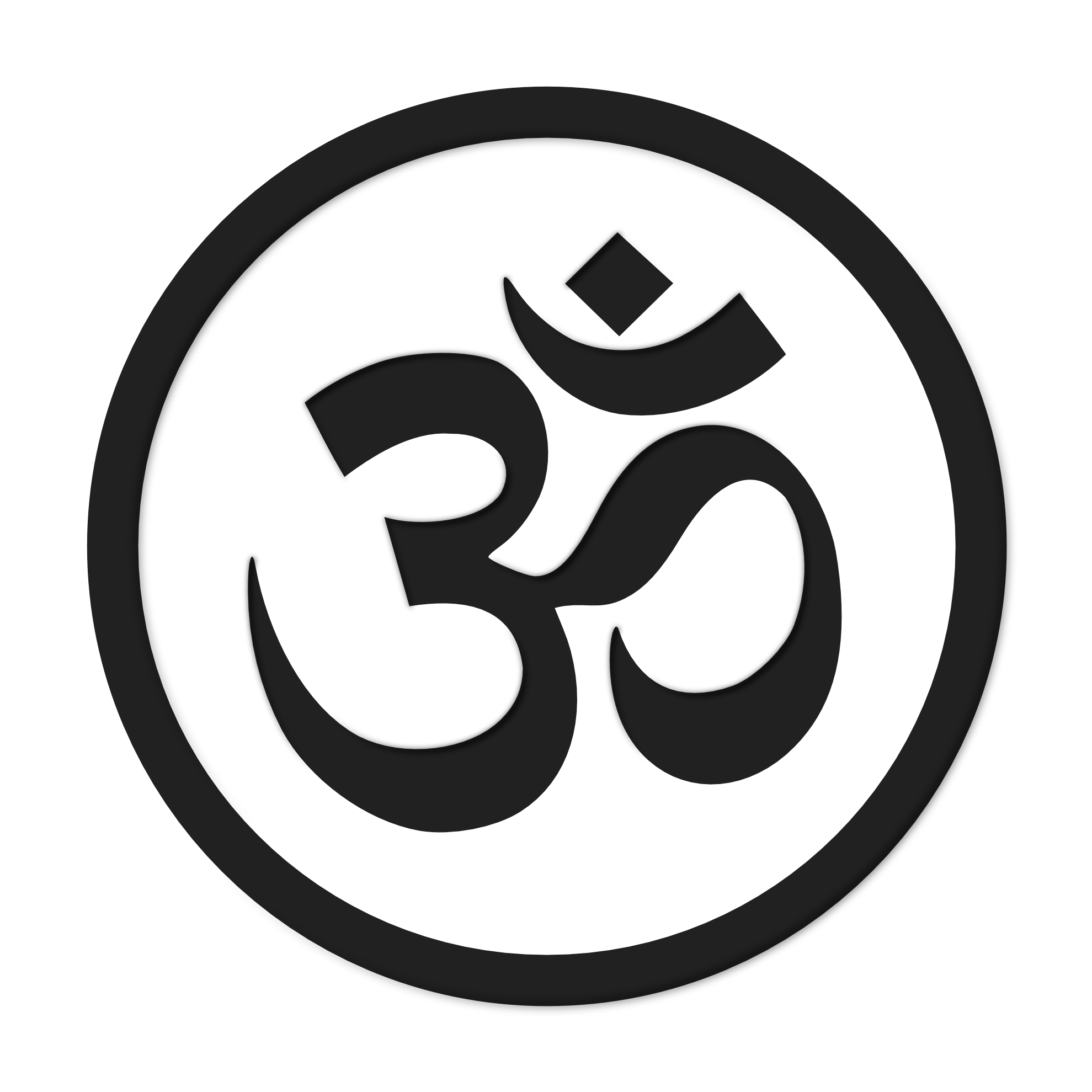 First, let’s look at the background...

“Om” was first known to be recorded in ancient Hindu texts known as the Upanishads, which are Sanskrit texts known to have laid the foundation of Hinduism. They are the more recent texts of the Vedas, which are Hindu religious scriptures that deal with meditation, philosophy, and ontological knowledge.

Om is the sound of the universe.

“Om” is known as a cosmic sound, or mystical syllable; it is basically a name or symbol for God, and the combination of the three sounds, A, U, and M, represent all things that manifest from or embody God.

The initial sound of “A” represents the physical plane, “U” represents the mental or astral plane including heaven and intelligent spirits, and “M” is the whole deep-sleep state. Om is the symbol of the past, present, and future, and All That Is.

In Patanjali’s Yoga Sutras, which are the classical yoga texts, Om is described as God, the root for endless omniscience, unlimited by time, the original guru of the first guru.

This text states that Om should be carried out while dwelling in its meaning, or contemplating God or the collective consciousness.

More texts go on to describe Om as the central element in spiritual practice, the supreme consciousness, and of which nothing is more important or greater. Basically, it all ties back to a concept of God, the Universe, the collective consciousness, the divine energy that connects us all, or however you want to describe it.

Today, Om is chanted in yoga classes around the world and is used off the mat to quiet and focus the mind. It’s associated with the crown chakra and often done while holding an awareness at the third eye between the brow.

The science behind an Om.

Several studies have been done on the specific effects of Om chanting. As the profound healing effects of yoga and meditation are being recognized by the mainstream, it’s only natural to find curiosity about what is actually happening.

As you chant “om,” it’s hard to ignore the vibrations you feel throughout your body, not just at the throat but down the spine and into the nervous system as well.

In this study, a group of meditators was tracked during two types of sessions, one session in which they chanted “om,” and the second during a period of "non-targeted thinking."

During both periods, the meditators showed an increase in cutaneous peripheral vascular resistance (meaning increased mental alertness while being physiologically relaxed), but there was a significant difference in a reduction of heart rate during the “om” chanting.

In a comparison study, 12 meditators chanted “om,” in one session and “one,” in a second. Again, both periods showed a decrease in heart and breath rates, but during the “om” meditation period, meditators showed a reduction in skin resistance, suggesting a subtle mental change related to that specific syllable.

Another study found that chanting yoga and rosary mantras showed an increase in the synchronicity of cardiovascular rhythms as well as baroreflex sensitivity (the mechanism that controls blood pressure through heart rate), suggesting that these chants induce a favorable psychological and physiological effect.

Overall, these studies have found that specifically chanting “om,” does have a positive effect on physiological alertness, increased sensitivity, and the synchronicity of certain biorhythms.

It’s also believed that Om chanting can possibly stimulate the vagus nerve, something that is artificially done with an electrical device that’s implanted in one’s system to treat epilepsy and depression.

When you chant “om,” you generally feel it around the ears, so it’s thought that the sensation is transmitted through the auricular (ear) branches of the vagus nerve (you have one on each side of you that originates in the brain stem and runs through the neck, chest, and abdomen).

This study hypothesized that Om chanting would have a similar effect as vagus nerve stimulation, which deactivates the limbic regions of your brain, including the amygdala, anterior cingulate gyrus, hippocampus, insula, orbitofrontal cortex, parahippocampal gyrus, and thalamus. The limbic regions are the parts of your brain involved in behavioral and emotional responses, including your fight or flight response.

Back in 2008, a study looked at blood samples from participants before, immediately after, and 15-minutes following meditation sessions. These sessions were more general relaxation response meditations, and the participants varied from novices to those with 4-20 years of meditation experience.

It was observed in the blood samples a significant difference in the expression of several important groups of genes, with even more pronounced changes in the long-term meditators.

This study’s results suggested that meditation can actually change one’s genetic expression. Biological pathways involved with mitochondrial function and energy production were enhanced, while pathways involved in immune disturbances, inflammation, stress, trauma, and cancer were suppressed. Even the expression of genes involved in insulin pathways was altered. Those who conducted this study concluded that the evidence clearly links relaxation response to rapid changes in genetic expression.

Next time you are meditating, instead of just sitting and trying to find silence amidst a chattery brain, background noise, or whatever else tends to distract you from your mindfulness practices, give an om-chant a try.

Here is a video so you can listen to someone else doing the chant if you’ve never done it yourself before.

Remember, there are three distinct parts of an om. Phonetically, it should sound like, “aaa-uuu-mmmmm.”

Take a deep inhale, and let out a slow, controlled om. Repeat this five or six times.

Listen to the beautiful silence that follows.