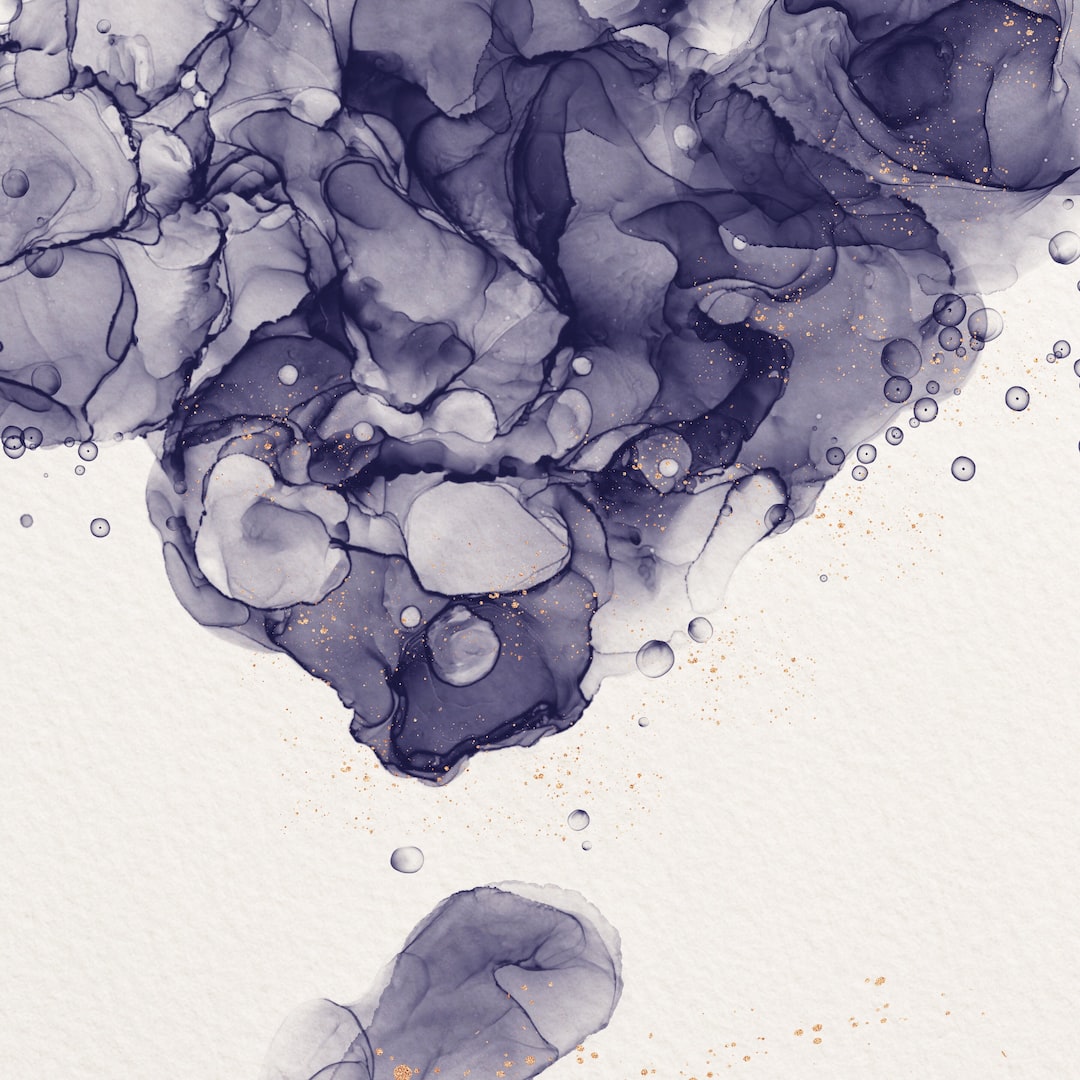 Photo by Olga Thelavart on Unsplash

“Judging is preventing us from understanding a new truth. Free yourself from the rules of old judgments and create the space for new understanding.” ~Steve Maraboli

I was never really that great at fitting in.

I was an awkward only child. My early days were spent playing in the woods and swamp behind my quiet suburban home, building forts for imaginary friends, eating (literal) mud soup, and wondering where raccoons hung out during the day. When I went to school, I found other girls clicky, realizing quickly I didn’t fit into that mold of a human.

So for years, I didn’t try. I spent time writing stories that brought me to different worlds, created different lives for myself that I could live out in my imagination. I could close my eyes and travel to ethereal spaces. I felt more at peace there.

As life went on, I came to a realization I couldn’t live on the outskirts forever. In my early teen years, I tried too hard to fit in, effectively abandoning the weirdness that made me, only to realize it would eventually ooze out either way.

I formed this paradigm about life that your own worthiness is based on the perceptions of others, and nothing more. Whether or not other people like you. What job you get. How well you do at that job, or at least how well your boss and your boss’s boss think you do. Fitting into a corporate workplace culture, because that’s the only thing you could really do with your life that would make you successful, and outward success was everything.

I was a square peg in a round hole.

When I was a semi-ambitious college student working competitive internships so that perhaps I’d have a shot at getting a decent job in a shattered economy, I spent a lot of mental energy judging those around me. The other interns were too competitive, they sucked up too much, they gossiped too much.

Whatever it was, deep down I had an inherent fear that they were better than I was; "better" being based on one linear scale that I perceived as omnipresent no matter what field I would go into.

The job market was competitive around this time. The economy was still in shambles after the ‘08 crash. Every judgment I made about those other young, ambitious college students around me somehow made me feel like I would one day be the better candidate for that coveted entry-level position. Those judgments that stayed inside of me, like trying to build a sandcastle with no moisture, only fell apart.

I remember being at a presentation with multiple companies in sports entertainment and their biggest executives giving a massive room of hopeful job seekers advice on making it in the industry. One woman asked into the microphone, in front of everybody, for the direct line of one of the top execs presenting that day. There was a bit of laughter, and then he replied, “Come find me after the presentation.” I rolled my eyes. How dare she think of something so bold before I did? I’m not much of a public speaker, anyway.

When I didn’t get what I wanted.

By junior year of college, I thought I’d be on the leadership council of my sorority. Other people expected it out of me. My resume looked right. I thought I wanted it. I wanted those leadership positions because that’s what employers wanted you to do in college. I would have hated everything that came with it, but I never put much thought into that.

I didn’t end up on the leadership council and it was the best thing that ever happened to me. It was, on some level, the universe telling me I needed to go a different direction with life, so it took me and thrust me away from the artificial picture of what I thought life should be.

I joined a sorority because I felt fitting in would make or break success in life. If I could fit into this society, network, lead, whatever, it would forge the connections I’d need to master a career. What career? Who cares? One with a title and a desk with a computer that would make me look like the pro my parents and teachers always thought I would be.

Although I met some of my closest friends through the Greek Life experience, it really shed light on how much energy I spent trying to be somebody that I wasn’t. When I couldn’t fit the mold I’d created for myself, I spent my mental energy judging others for their shortcomings, only realizing those shortcomings were only my own, reflecting back at me.

There came a time when the layers began to peel back. The faux layers I had built, putting on a show to be the person that society wanted me to be.

A layer of expectations of a college graduate with a particular education and set of experiences.

Another layer of what it means to be female, according to others.

Artificial layers built by others.

Layers and layers shed of someone I wasn’t, until…what? What was left?

We’re always surrounded by judgment. Our society is built and functions on judging others, creating their problems so that you may sell them a solution.

But what is judging really?

We see the world from the inside out.

“Their dress is too short.”

“Why would they wear that in this weather?”

“They need to lose weight.”

What we are really saying is…

“I wouldn’t wear that dress,” or “I’m unhappy with my own body.”

We judge others based on a reflection of ourselves.

It wasn’t only colleagues and classmates I would judge. If I saw women on TV, around campus, on the street that seemed happy and successful, I’d create judgments in my head about all the things that may be wrong with them. It seemed easy and effortless, and at the time, I felt it had nothing to do with me. It was all about them, obviously.

The more judgment I created about others, the more resentful I felt about myself.

I gave it up one day to be a ski bum. I worked wage and tipped jobs, teaching kids how to ski by day, bartending by night, other odd jobs in between, living in a house full of roommates with no space for myself. It presented its own challenges, but for the first time ever, I felt authentic.

There were moments that I felt resentful, watching the success of the other women I graduated with working in their fields of study, in their savvy business casual wardrobes, and putting their expensive educations to use.

That resentfulness came out as judgment, but it began reflecting back at me for what it was in a clear way. I was raised to think if I didn’t go to college, I’d be waiting tables my whole life, yet here I was, with a new shiny college degree, waiting tables. Did this mean I wasn’t good enough?

At this point in life, I realized those judgments I was having were all about me. Myself reflected back at me through the images others put online, probably not even their real real lives.

When I didn’t feel like my career was good enough, it was based on the tales I’d been told as a millennial child. Go to college and you’ll get a great job.

It wasn’t that my job wasn’t great.

Skiing was my passion, and I spent my days on one of the most beautiful mountains under bluebird skies teaching what I loved to the next generation, inspiring kids into a lifelong sport that would continue long beyond our time together.

But for less than $15 an hour, supplemented by restaurant work at night, it wasn’t up to the standards my parents, professors, and mentors from childhood had bestowed upon me, for me.

I feared the judgment others put on me after that. I had spent so long judging others based on my own perceived shortcomings, that I now felt the weight of others' judgments because I chose an unconventional route after college. Where would this lead? Would I be able to rejoin the workforce, start a career? Did I even want to go back to that life? Would my parents be proud of me no matter what?

As we get older, the importance of others’ perceptions of us disintegrates anyway. While these thoughts may have come in and out of my mind, weighing me down when things were rough, creating anxiety that the good times wouldn’t last, there came a point when I was able to let go of it all.

Looking back on those years, I learned important lessons. I learned the hard way what judgment really was. I learned that others' judgments of me had nothing to do with me. Eventually, I learned how not to judge others. Sometimes, I still feel a twinge of jealousy when I see someone else succeeding in something that I am still learning, but I realize that they once were learning, too, and if I continue on my path, I’ll be more successful one day than I am now.

That twinge is nothing more than a temporary feeling that comes and goes, based on old conditioning patterns I have of realizing my own self-worth.

At some point, we learn to let these go. Holding on to judgment, of ourselves, of others, of others’ perceptions of us, just creates resentment. It doesn’t move us forward. We don’t reach higher by stepping on others. It can be a tough lesson for some, and easy for others. Building ourselves up through love and compassion can not only help us grow, but it can help those around us grow with us.