The Wellbeing Benefits of Digging Your Hands into the Soil 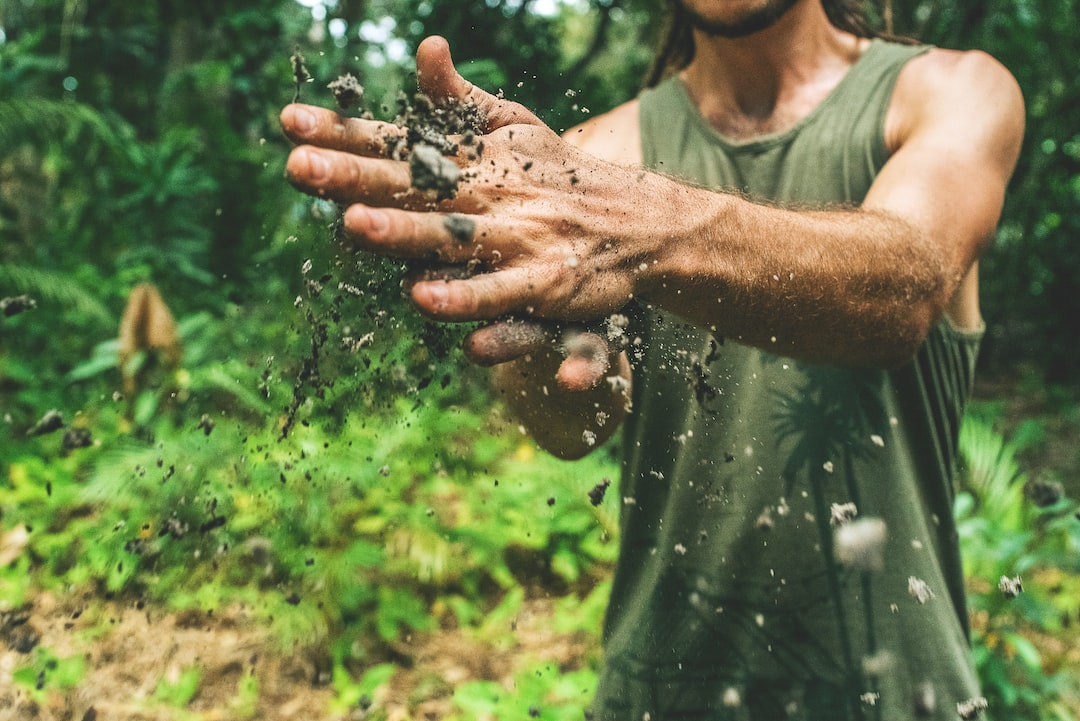 Photo by Eddie Kopp on Unsplash

For those that love gardening, there’s nothing quite like burrowing your fingers into fresh soil come spring. The lively smell of all those microbes and friendly bacterias between your fingers, the damp, soft texture against your skin, and the visions of the abundance of produce that the soil will provide as the summer goes on is something many gardeners look forward to each and every year.

Did you know there are actual, documented health benefits to getting your hands dirty in the soil, as well? Science agrees.

Here are just a few of the many benefits of playing in the dirt that you should consider this summer.

"Spare time in the garden, either digging, setting out, or weeding, there is no better way to preserve your health.” Richard Louv

Playing in the dirt may alleviate depression.

In 2007, a study was published that suggested exposure to Mycobacterium vaccae, a harmless bacteria found in soil, could improve mood and boost the immune system just as effectively as antidepressant drugs.

They found this by running mice through the same test they use to test the efficacy of antidepressants; they put the mice into a beaker of water and measured how long they would swim trying to find an escape before giving up. (Kind of twisted, I know.)

The mice that had been exposed to the bacteria swam longer than the control group, more determined to escape. This suggests a more active coping cycle, according to the researchers.

A few years prior to this study, researchers had been looking at whether this bacteria could treat cancer, and while it didn’t prolong life, participants did report increases in vitality and cognitive function and a decrease in pain.

It gets you outside in the sunshine.

Connecting with nature has many therapeutic benefits, whether you are hiking around the woods, paddling down a river, or digging your hands into your garden.

Being outside in the sunshine gives you a natural dose of vitamin D, while you are listening to the breeze through the treetops, smelling the fresh, natural scents of the earth, and connecting with the ground from which we came. It’s another reason to get yourself outside and partake in an activity that genuinely connects you to mother Earth.

Growing a garden will give you a steady supply of fresh, in-season produce throughout your growing season. Produce that is in-season is more packed with flavor than when it’s consumed out of season, and also has a higher nutritional value when it has been recently picked from its mother plant.

When you only have to transport that produce from your garden to your kitchen, you’re cutting down on transportation costs and emissions. You also know exactly what went into growing that produce, from the quality of the soil you planted the seeds into the food you fed those plants as you nurtured their growth. If you are passionate about avoiding sketchy chemicals in your food, this is a surefire way to guarantee you’re feeding your family the cleanest produce available.

Gardening is great exercise for the body and mind.

I may have worked up a few aches getting my garden together in the springtime, but it’s never anything a good massage can’t work out. From hauling dirt and compost to getting your hands down in the dirt, gardening is a great full-body workout, and because you’re mentally connecting with what you’re doing instead of zoning out on a treadmill, it’s a fantastic mind-body connection builder as well.

Microbes in the soil can boost your immune function while a lack of exposure to microbes in soil could potentially be contributing to allergies and inflammatory conditions.

During World War II, Finland surrendered a portion of their land to the Soviet Union, which as the 20th century progressed maintained a more traditional lifestyle while the population on the Finland side became more modernized. By the turn of the century, researchers at the University of Helsinki noticed that the prevalence of allergies on the Finnish side had grown significantly higher than those living on the Russian side of the border.

These researchers wanted to find out why, and through their studies came up with the biodiversity hypothesis, which suggests that being exposed to less biodiversity, including microbiome biodiversity in the soil, could be to blame for the rise in allergies among humans.

Professor of cellular and microbiology at the University of Arizona, Donata Vercelli, noted that farm children in Germany were showing significantly less rates of allergies than their city-dwelling counterparts. This is a consistent pattern that’s been observed in developed nations around the world, and scientists think that the loss of biodiversity and lack of exposure to microbes could be partially to blame for the rise of allergic and inflammatory diseases in urban areas.

As winter melts away to forge a path into summer, there are so many reasons to get outside and soak it all in while it lasts. After all, particularly for cold-climate dwellers like myself, winter always comes back before you know it. If you want to really absorb what the earth has to offer in the summer, for the benefit of your mental and physical health and overall wellbeing, go dig your hands into the dirt. Even if you don’t have a garden, I’m sure you can find a neighbor or friend who would welcome the extra set of hands!