The Subtle Art Of Listening To Your Body 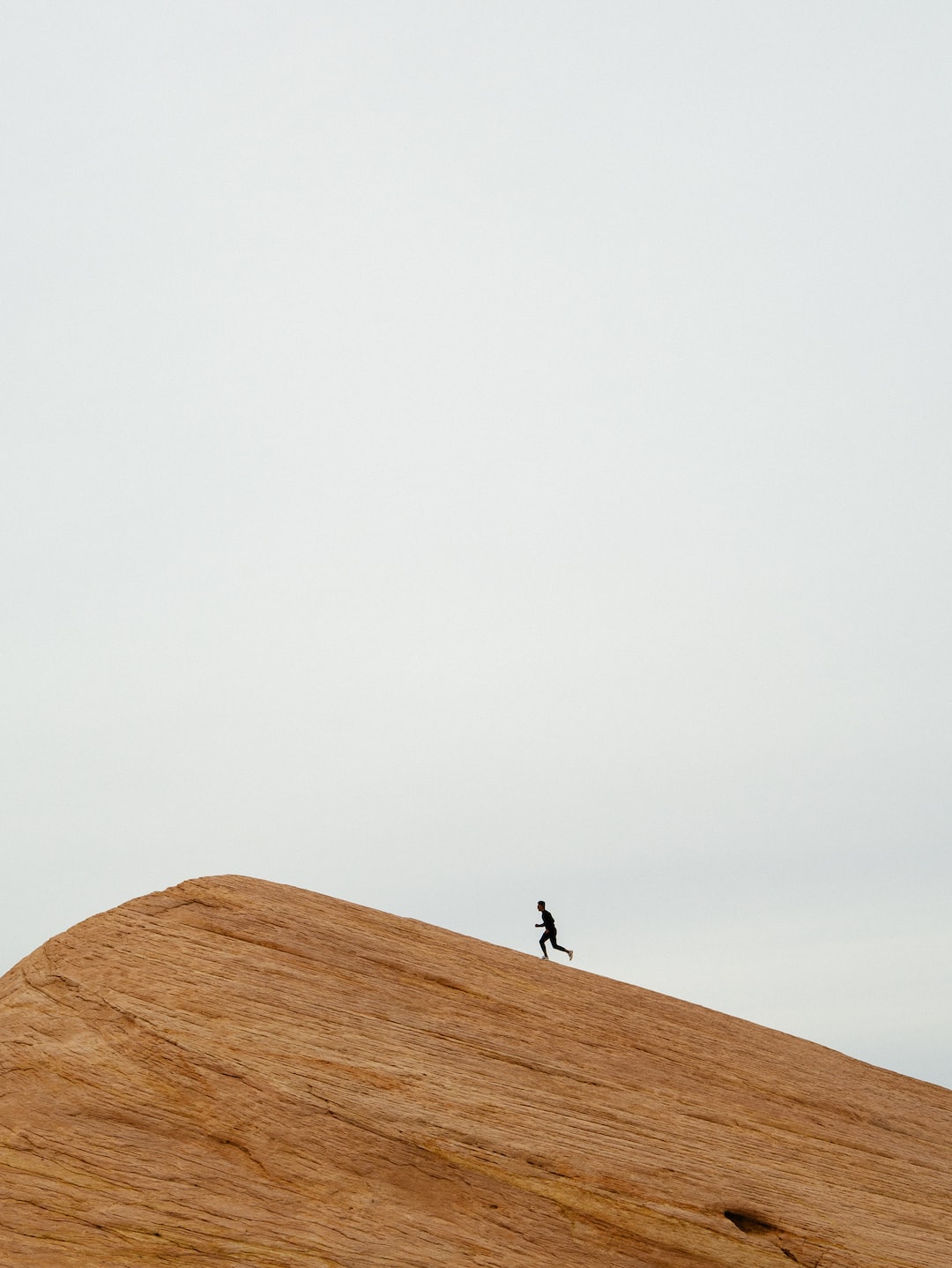 Photo by Jeremy Lapak on Unsplash

"Now if you are going to win any battle you have to do one thing. You have to make the mind run the body. Never let the body tell the mind what to do. The body will always give up. It is always tired in the morning, noon, and night. But the body is never tired if the mind is not tired." George S. Patton, U.S. Army General, 1912 Olympian

A few days ago, I was scrolling Facebook and looking through my old memories the notifications prompted me to view.

I came across this quote by George S. Patton that I had shared in early 2017. At the time, I’d just finished massage school, and one of my classmates commented, “so much for that ‘listening to your body’ thing we’re always preaching”...

I think about the purpose that has been unfolding through my work in the last couple of years. Helping people re-establish their mind-body connections, a thing that I see lost in so many people these days.

Look at the last few hundred years. Humans really started living in their heads, which for a long time, served a purpose. People analyzed, explored, built, then they analyzed more. We figured out the world in ways that were measurable. We developed intellectually.

The rise of the industrial revolution, with all its woes, ultimately helped people build connections towards each other. Cities and communities were erected. We established easy travel across the globe. Communication has developed in ways that would have seemed straight magical a hundred years ago. Society and the world around us evolved.

But we’ve come to a point where constantly living in our heads isn’t serving us the way it used to.

Anxiety and chronic overthinking are things that have played a detriment to our health. Many people run to doctors at any sign of something that could be wrong, instead of first listening to their bodies and asking themselves, what is it that I need?

People fill themselves with toxic food while taking pills to subvert the side effects, not knowing those side effects are signals their body may be sending about what's in that "food" they're eating. Slowly, it eats away at the body while the mind is lost in the narrative of what it can't control.

Humans have, slowly and painfully over time, severed their connection with themselves, and we're suffering because of it.

So, I preach mind-body connection.

Through massage, I can direct awareness. Through yoga, I can teach meditation and movement that one puts to practice on their own. Through both, I can heal. Healers ultimately give people tools so they can help themselves, and for me, that’s a reconnection of consciousness to the body. Every day I develop this more and more.

That’s what General Patton was talking about here. Building strength, stamina, and discipline. Growing stronger means you do a little more each day than you did yesterday.

In yoga, when I plank, my muscles shake within seconds. Every teacher and trainer has said that this is normal. I can hold a trembling plank for a while before the lactic acid begins coursing through my muscles, telling me to stop. The shakes mean I’m getting stronger, which doesn't always mean my body wants to give up.

General Patton certainly didn’t get to the Olympics by dropping to his knees every time his planks got shaky.

So, how do you find this line? To build strength, you’ve got to keep going. But to keep your body healthy so that you can continue to keep going each day, you have to honor its signals. It seems like such a contradicting thing.

Finding the balance between stamina + rest.

To get stronger, you still need rest.

When we work out, we are basically tearing down our muscles so that they can grow back stronger. You’re not getting stronger when you’re doing that bench press, you’re getting stronger in the 24 to 48 hours after your workout as your muscles are repairing themselves.

So you need a balance…

Push when you’re meant to push.

Workouts are only as effective as the posture in which you do them, so do it right the first time and every time. If you hold a plank, don’t let your butt sag. Keep that body straight like the board the exercise was named after.

I’ve seen many distance runners, after years, teach their shoulders to hunch forward and up towards their ears as they run. They walk around like that all the time, and it’s tough to correct after a certain point without physical therapy.

During that time you’re working out in your good form and mindful posture, do push yourself. When you get tired, keep going just a little farther, and learn when your body is telling you that it actually does need to stop.

Rest when you’re going to rest.

DOMS is short for delayed-onset muscle soreness; it’s that super sore feeling you get the day after a tough workout, or if you just haven’t exercised in a while.

While being totally stagnant doesn’t help your muscles get the healing circulation they need to recover, you don’t want to push yourself when you have DOMS, as you’re just going to break down those muscle fibers again without gaining that sweet strength you’ve been striving for.

A light walk or swim is something good to do on these days or any sort of non-strenuous movement.

But make sure you schedule that rest.

Get plenty of sleep. Take days off of working out. Be a couch potato one night, or even two, or three if you've been going hard lately. Don’t feel bad about it. Your body needs rest as much as it needs exercise. We were meant to move, but movement requires energy. Energy is finite. You need to recharge your batteries.

I always talk to my clients about knowing the difference between your muscles getting fatigued because the workout is tough, and a pain that arises because something is actually wrong.

There is a different quality in the feeling.

There have been a few times throughout life that I’ve pulled muscles or “thrown out my back." I even tore my meniscus in 2012, and while I am not sure the exact fall that did it (I skied 110 days that year), I realized one day that one knee was bigger than the other, and when I straightened said knee, it sent a sharp pain through the joint.

(This was long before my massage days when I was really good at ignoring my own body's cues).

Pulling a muscle in my back during a deadlift feels like a shooting pain up the back, in which my first instinct in my brain is, “omg stop.”

It may even build-up for a little bit. A concentrated fiery feeling around a joint or in your back, one side slowly getting weaker although the exercise is bilateral.

When you’re pushing yourself during a workout and your muscles are just getting “normal” fatigued, this happens because lactic acid is being released through a process called the Cori Cycle…

When your muscles are working, they run on this energy source called ATP. Your body converts glucose into pyruvic acid, which is then turned into ATP. To do this, oxygen is needed. When you are working out hard and getting close to your maximum output, the supply of oxygen becomes limited, and instead of turning into ATP, the pyruvic acid is turned into lactic acid. Then, your muscles feel like fire is coursing through their fibers, and it’s empowering for a few seconds, but realistically, it’s about time to drop those dumbbells otherwise the lactic acid is going to make your muscles start cramping pretty fast because that’s what it does.

Does this feeling sound familiar to you? If you’re into fitness, too, we’ve probably all been there.

A good personal trainer can help you know when to keep pushing and know when it’s time to stop. They can also help you do your exercises in perfect form, and not reinforce bad postures.

Physical healers like massage therapists, chiropractors, and physical therapists can help you bring your awareness to what’s going on in your muscles and bones. They all can combine manual therapy and recommendations for stretching and strengthening to keep your body functioning optimally.

The more you work with them, the more awareness you develop as to the inner workings of your body. After 12 years of regular adjustments, I know when a vertebra is out and needs manual correction, or if my back is just a little tight and I can stretch it out on my own. My body and I communicate well.

What General Patton really meant when he said this quote...

I know exactly what General Patton meant here. He was talking about that little voice inside your head that’s saying just give up, give up man, this is too hard.

That voice? That’s just your ego. It’s the nagging narrative that always wants you to think you’re not good enough.

Your ego can also tell you to ignore your body’s cues. When you are at the end of a run and that lactic acid is burning through every last muscle fiber in your legs and your body really needs to stop, your ego may tell you that you’re weak and have to keep going.

Your ego isn’t you. It wants you to ignore your body. Your ego is the voice that has analyzed life so hard it’s disconnected you from your own body in which you live. It’s that voice in your head that you are fully capable of transcending once you re-establish a firm, trusting connection between your mind and body.

Through reconnecting your mind and body, through listening to the somatic cues that arise within you, and knowing that the voice inside your head telling you to quit is only your super unhelpful ego and not what you are actually capable of, or what you actually need, then you can grow stronger, healthier, and wiser.

Through reconnecting with your body, you learn to listen to yourself in a whole new way, gaining inner wisdom you probably didn’t even know you had.